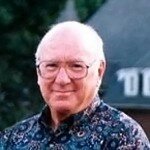 Among his many accomplishments, Mark was the director of the University of Colorado’s Institute of Arctic and Alpine Research (INSTAAR) from 1985 to 1994. Tad Pfeffer, EIS team member and INSTAAR professor says, “The work that he is most well known for now is his work on global assessments of glaciers and ice caps all around the world; not just studying one glacier in detail, which he also did a lot of, but looking at what all the glaciers are doing, and adding it all up as a critical part of assessing present-day sea level rise—as well as projecting into the future.”  Adds INSTAAR director Jim White, “He was one of the pioneers when it comes to sea-level rise, basically telling people, ‘This is a real phenomenon, this is going to happen, and you’re not going to stop it unless you do something…Mark’s understanding of the physics of melting ice… really was profound. He knew what was going to happen.” 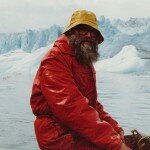 Mark and Austin Post together performed groundbreaking research on Alaska glaciers. Austin was a research hydrologist with the USGS. In 2004, he received an honorary doctorate from the University of Alaska Fairbanks for his contributions to glaciology.

We at EIS build our work at Alaska’s Columbia Glacier on the shoulders of Mark and Austin’s pioneering efforts since the 1960′s.

We mourn the passing of these two great glaciologists and send our condolences to their families.